So you’ve been using coconut oil for a while now. You wash with it, slather it all over your body, brush your teeth with it, cook with it, you even polish your furniture with it.

You love this stuff and can’t get enough. After all, it is amazingly beneficial for you, the environment, your pets, your plants, and your stuff.

You think coconut oil may be to blame for clogging your pipes.

No one likes a clogged pipe. 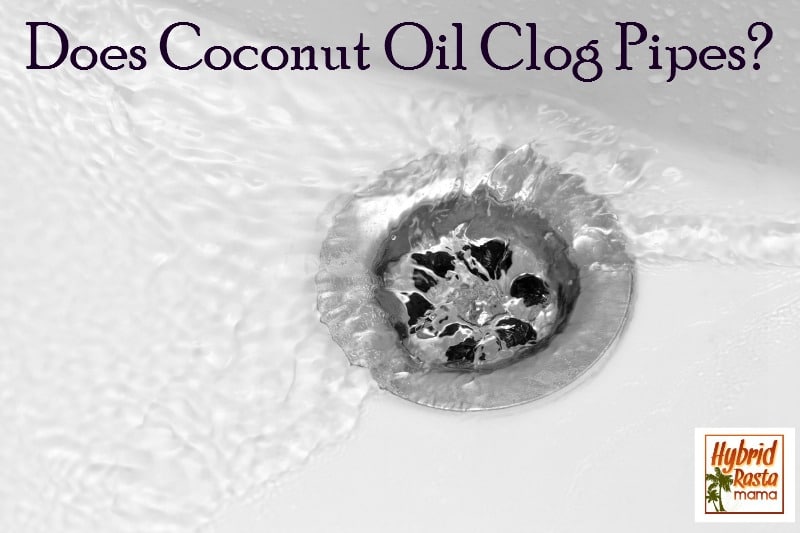 Most anything can be to blame for blogged pipes and I would hate to see coconut oil get a bad rep over something preventable like this.

Of course it can. But is that the culprit? Only your pipes know and they aren’t telling.

Since I have not personally experienced clogged pipes (at least as a result of coconut oil), I decided to call a couple of local plumbers to get their thoughts on the subject.

The first call is simply too good not to share.

Me: “I was calling to ask a question about clogged drain pipes and whether coconut oil might be the blame.”
Plumber: “You put a coconut down the drain?”

Me: “No. I was wondering if you put coconut OIL down the drain if that could eventually clog a pipe?”
Plumber: “You pouring it in by the gallon or something?”

Me: “No. Just trying to get to the bottom of an age old question of does coconut oil clog pipes.”
Plumber: “Wait. There weren’t coconuts back in ancient times. Those just started getting grown when they got popular with all those cruises to islands.”

Me: “Yes! Cruises. Apparently people were using a lot of coconut oil on cruise ships and it was blocking pipes. Or so they thought. Do you think coconut oil can block pipes?”
Plumber: “If you pour a bunch of it down the drain at once, sure it could.”

Me: “What if it was a small but steady amount over time?”
Plumber: “Not sure I follow.”

Me: “Let’s say you cook with it every day and pour what is left in the pan down the drain. You do this for a year. Would it clog the drain pipes?”
Plumber: “The oil or the pan?”

Me: “Sounds like my daughter needs me. Thanks for the help.”

Hangs up and bangs head against wall some more.

Obviously not helpful but way too funny not to share. I really hope he was pulling my leg but I kind of think he wasn’t.

Both plumbers were in agreement that coconut oil might possibly clog pipes, depending on where you lived and what the temperature of the pipes was at any given moment.

Since coconut oil typically melts around 76 degrees F, it stands to reason that it would have a smooth ride through your pipes if the pipes were at or above that point. If they are colder than this, it is possible that the coconut oil would begin to solidify.

There is a VERY simple solution to keeping pipes happy in a household where a lot of coconut oil finds its way down the drain.

Run hot water for 60 seconds after the coconut oil hits the sink. This should keep it melted long enough to make it out of your small pipes and into the larger wastewater and sewage pipes.

If you are worried about wasting water, simply pour excess coconut oil into the trash can or compost pile.

So what about the coconut oil found in body scrubs and face washes? That has no choice but to go down the drain and I don’t want to waste water.

This really shouldn’t be an issue. A teaspoon or two going down the drain daily won’t lead to clogs. Or so say my new plumber friends.

If you oil pull with coconut oil, I would advise spitting it in the garbage can. This is both to save your pipes and to keep all that nasty bacteria you are ridding your body of from getting into our grey water supplies.

I don’t worry about clogged pipes from coconut oil. I use gobs of it daily and have never had an issue. But maybe that’s just me.

What about you? Have you discovered that coconut was to blame for your clogged pipes? 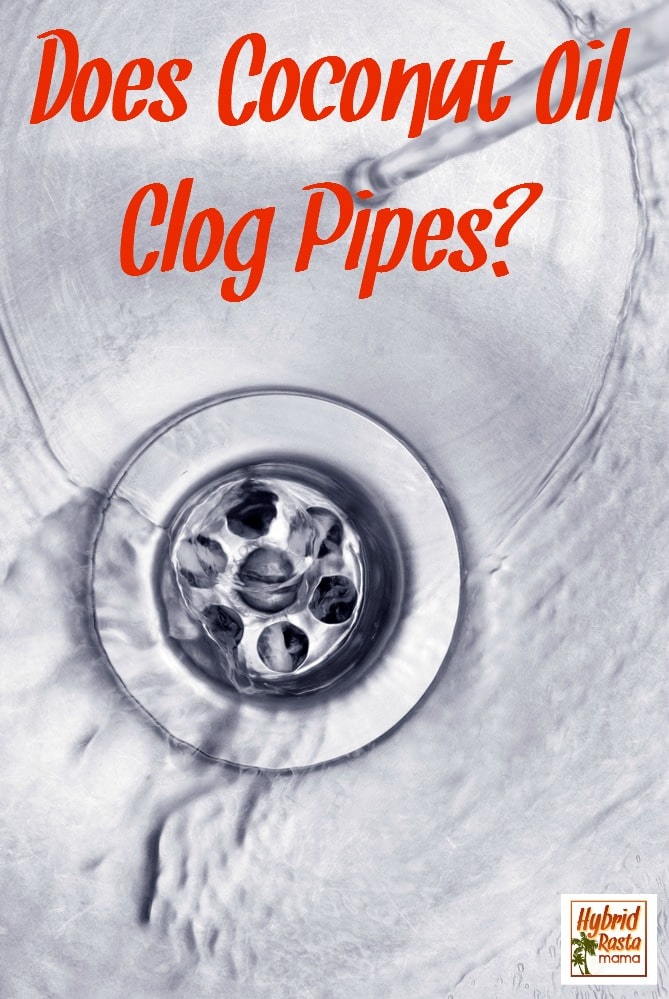 « 25 Things NOT To Say To A Victim Of Mold Exposure
Is Hard Water Wrecking Your Hair? »