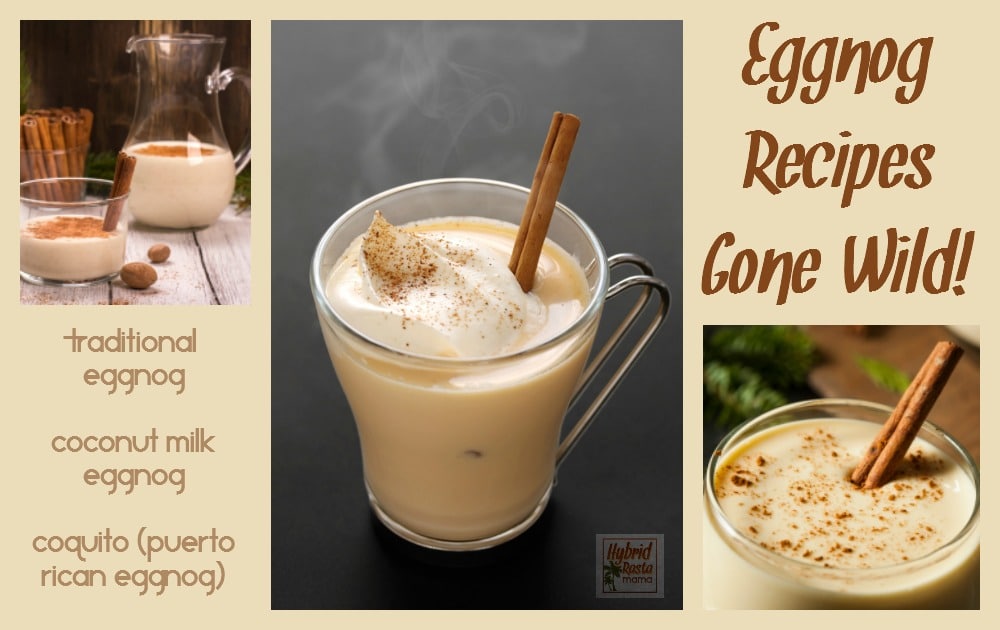 I have found that you can replace milk with eggnog in many recipes and the results are fantastic.

The only trouble I have had making this substitution is where there is chocolate involved. The chocolate tends to overpower the nog, making it less noticeable. No bueno.

If you want to try your hand at baking with eggnog, give these recipes a shot:

Here are three of my favorite eggnog recipes which may include affiliate links to where I purchase my ingredients. Enjoy! And remember, it can be enjoyed year round!

This website provides approximate nutrition information for convenience and as a courtesy only. Nutrition data is gathered from Nutritionix. Nutrition information can vary for a recipe based on many factors. We strive to keep the information as accurate as possible, but make no warranties regarding its accuracy. We encourage readers to make their own calculations based on the actual ingredients used in your recipe, using your preferred nutrition calculator.

Just in case you are a history buff, here is a brief history of Eggnog courtesy of What’s Cooking America. 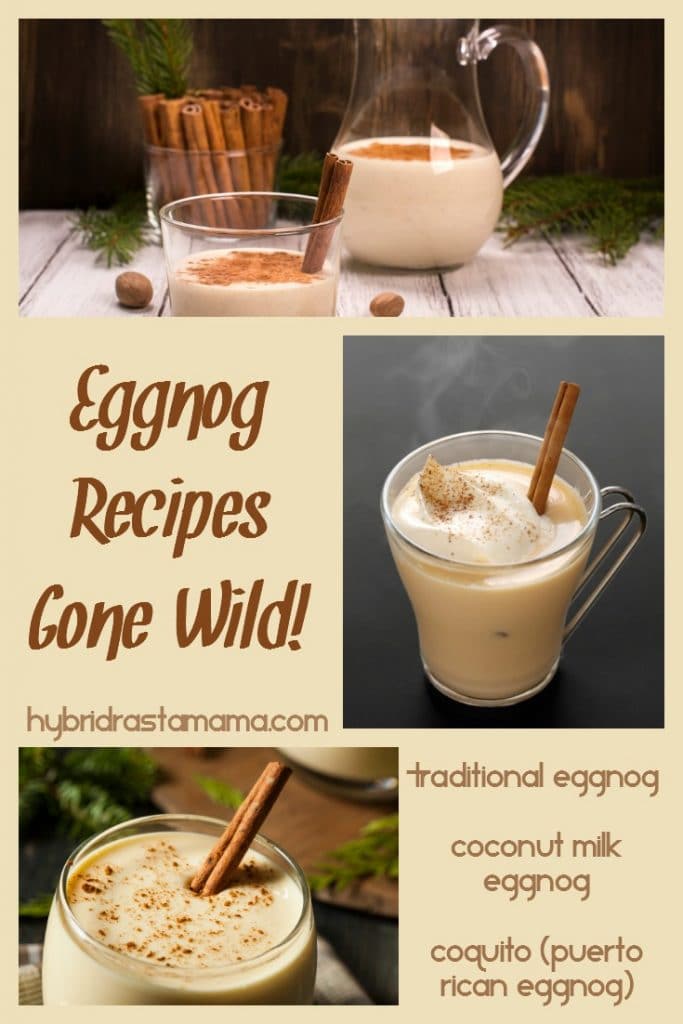 Egg nog literally means eggs inside a small cup. It is used as a toast to ones health. Nog is an old English dialect word (from East Anglia) of obscure origins that was used to describe a kind of strong beer (hence noggin). It is first recorded in the seventeenth century. Egg nog, however, is first mentioned in the early nineteenth century but seems to have been popular on both sides of the Atlantic at that time. An alternative British name was egg flip.

It all began in England, where eggnog was the trademark drink of the upper class. “You have to remember, the average Londoner rarely saw a glass of milk,” says author/historian James Humes (July 1997, “To Humes It May Concern”), former speech writer and adviser to four presidents. “There was no refrigeration, and the farms belonged to the big estates. Those who could get milk and eggs to make eggnog mixed it with brandy or Madeira or even sherry.” But it became most popular in America, where farms and dairy products were plentiful, as was rum. Rum came to these  shores via the Triangular Trade from the Caribbean; thus it was far more affordable than the heavily taxed brandy or other European spirits that it replaced at our forefather’s holiday revels.”

An English creation, it descended from a hot British drink called posset, which consists of eggs, milk, and ale or wine. The recipe for eggnog (eggs beaten with sugar, milk or cream, and some kind of spirit) has traveled well, adapting to local tastes wherever it has landed. In the American South, bourbon replaced ale (though nog, the British slang for strong ale, stuck). Rich, strong egg nog — the richer and stronger, the better — is no stranger to holiday celebrations in New Orleans, and at this  time of year the drink takes its place alongside syllabubs on the traditional southern table. (Syllabub is a less potent mixture than eggnog but just as rich. Made with milk, sugar and wine, it straddles the line between drink and liquid dessert.)

Egg nog goes by the name coquito in Puerto Rico, where, not surprisingly, rum is the liquor of choice (as it is these days for many eggnog lovers in the U.S.). There the drink has the added appeal of being made with fresh coconut juice or coconut milk. Mexican eggnog, known as rompope, was  created in the convent of Santa Clara in the state of Puebla. The basic recipe is augmented with a heavy dose of Mexican cinnamon and rum or grain alcohol, and the resulting drink is sipped as a liqueur. In Peru, holidays are celebrated with a biblia con pisco, an eggnog made with the Peruvian pomace brandy called pisco.