Looking for a “green” alternative to all of those nasty, chemical laden weed killers (aka – herbicides)? It is as easy as opening up your jar of coconut oil! Yep – coconut oil weed killer!

Why Should You Avoid Traditional Weed Killers?

Roundup and Spectracide are on every shelf of every store that sells garden products. Using these harsh chemicals to “control weeds” become the norm and by the early 90’s most everyone was spraying weeds with reckless abandon.

We now know that there are HUGE repercussions from using these types of weed killer products.  As organic gardening and the demand for organic foods become more mainstream, people are starting to pay attention to the dangers of using chemical weed killers.

So what are the dangers of chemical weed killers?

And the list goes on. These weed killing chemicals are just BAD NEWS!

Let’s get back to coconut oil and weeds… 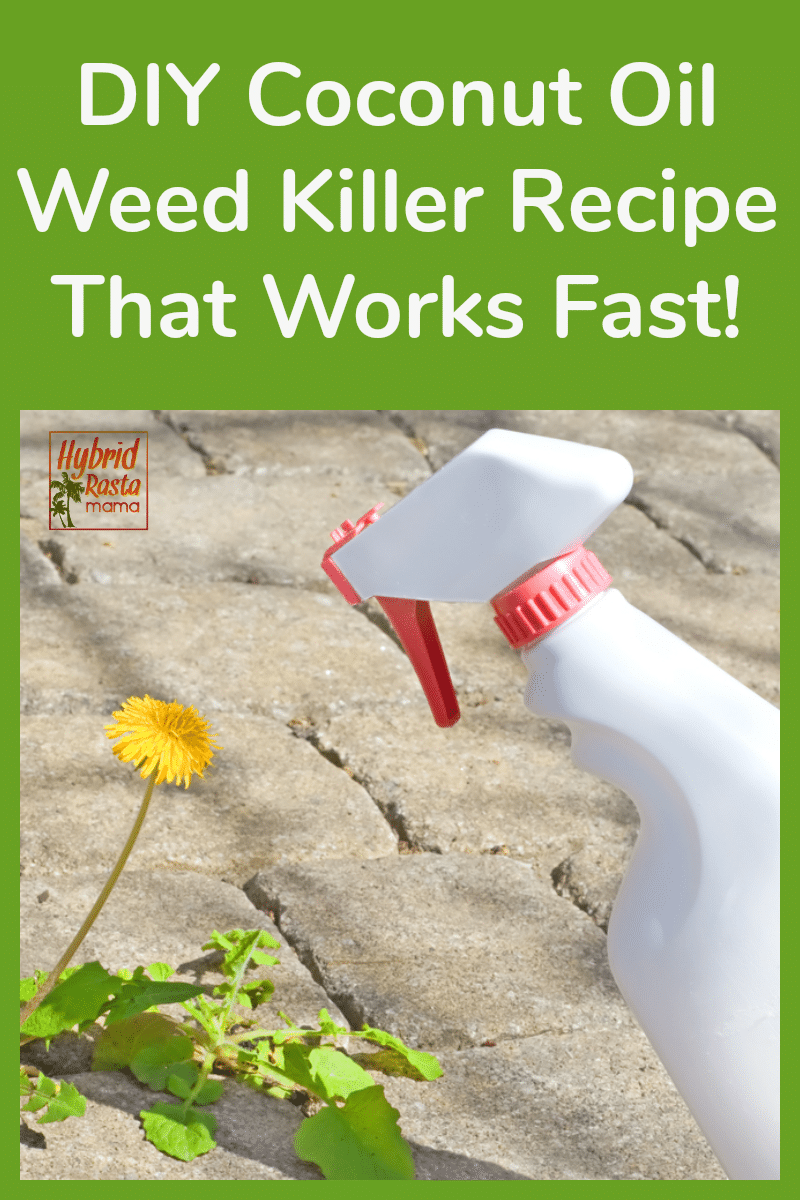 Coconut oil contains an abundance of fatty acids. There are three types fatty acids (caprylic acid, pelargonic acid, and nonanoic acid) that specifically work as an herbicide. These fatty acids in coconut oil impair a plant’s ability to photosynthesize and eliminate waste through transpiration. (Transpiration is the process by which moisture is carried through plants from roots to small pores on the underside of leaves, where it changes to vapor and is released to the atmosphere. Transpiration is essentially evaporation of water from plant leaves.)

Another active component in coconut oil is sodium lauryl sulfate. This acts as a surfactant or soap-like substance which allows the coconut oil to really stick to the weed after application.

How Does Coconut Oil Work As An Herbicide?

Commercial systemic herbicides work by being absorbed INTO the plant. Basically these chemical herbicides kill the weeds from within. When you use coconut oil to kill weeds it works much differently.

When applied, coconut oil coats the outer skin of the target weed which then reacts with the waxy outer membrane and dissolves it. By doing this, the weed is unable to retain moisture and ultimately withers and dies.

This is a superior method of weed control in that the herbicide is NOT being absorbed into the ground or surrounding plants. It only impacts the weed or plant it was directly applied to. Systemic herbicides permeate the area around them.

Yes it does! Coconut oil weed killer is also known as a non-selective herbicide meaning that it will kill any plant, weed, or grass it comes in contact with. Therefore, you need to be SUPER careful about where you apply it and what the wind conditions are. Do not apply your coconut oil herbicide on a windy day.

Are There Other Benefits To Using Coconut Oil To Kill Weeds?

If you happen to have animals that like to eat living things in your yard (I’m thinking goats, chickens, cows, horses, dogs, cats, rabbits, etc…) then applying a coconut oil weed killer offers them a healthy boost of caprylic acid. This fatty acid from coconut oil is often used as medicinal agent for gastric ailments and indigestion in both domestic and farm animals.

Coconut oil also offers all kinds of other great health benefits for animals making it a super nourishing weed killer to boot.

How To Use Coconut Oil To Kill Weeds

How easy is that???? Coconut oil weed killer will be the envy of all your friends.

If you are looking for more information on Coconut Oil, check out these reader favorites! 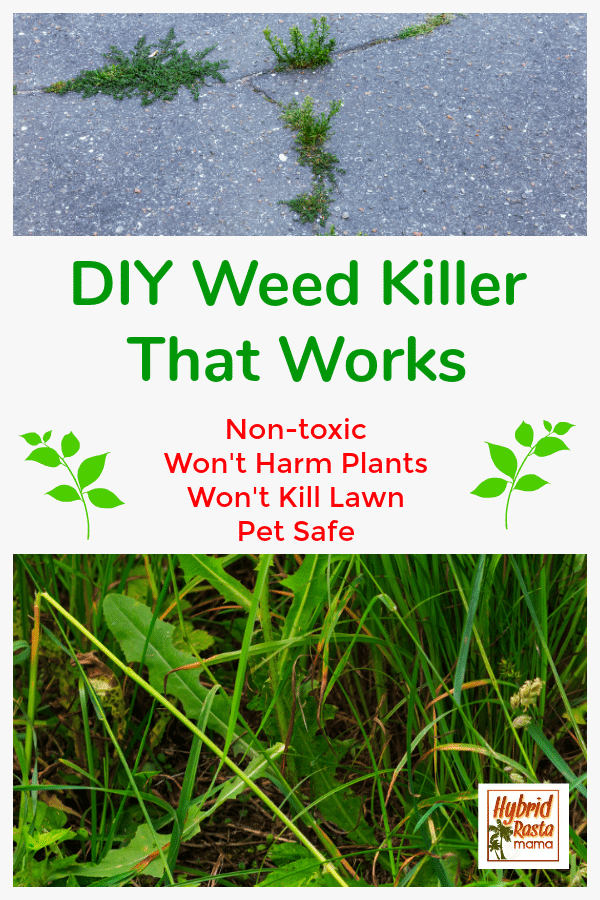