You are here: Home / Coconut Oil / Are You A Victim Of Mold Exposure? Coconut Oil May Be Making You Sick

Obviously I live and breathe the health benefits of coconut oil. I also use it for all kinds of crazy stuff. It really is my go-to for everything and anything.

However, I have learned something incredibly important about coconut oil as I have been researching everything mold these days. I was stunned that I didn’t already know this. But the information I found made perfect sense.

So of course, I researched the living heck out of this. And what I found stopped me in my tracks. 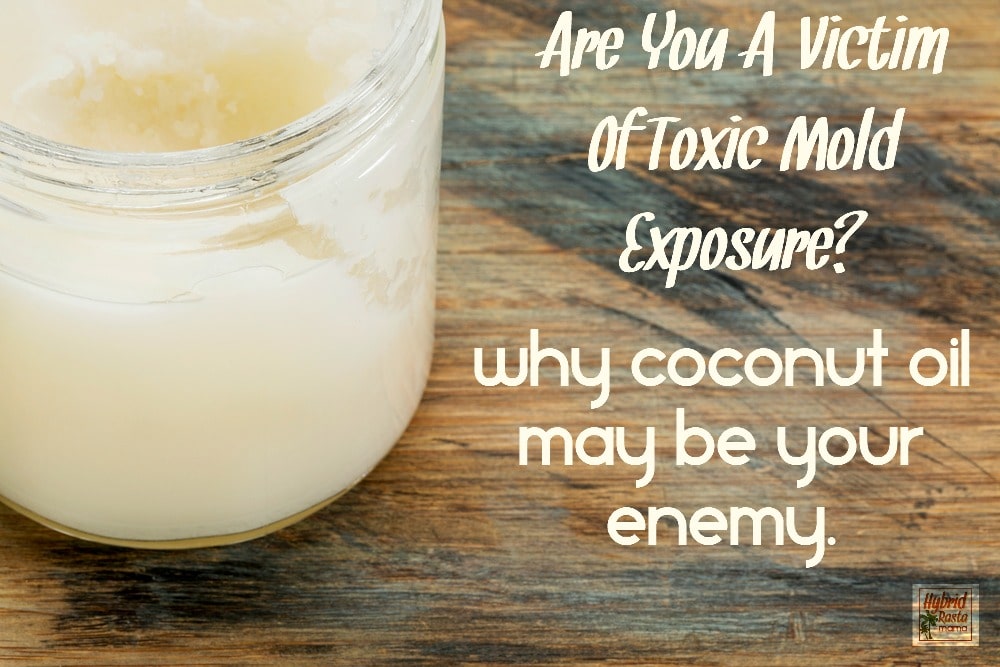 You see, if you have been exposed to toxic mold and/or have mold related illness, coconut oil may be making you sick.

Stay with me here and hang on to your coconut oil…

Coconut oil contains lauric acid. Lauric acid is known to have antifungal effects so one would assume that coconut oil would be something you should be consuming in vast amounts to help your body get rid of any mold spores living inside its tissues. Right?

Well, what I learned is that just because coconut oil contains antifungal properties DOES NOT mean that coconut oil itself may not contain mold and mycotoxins.

You see, coconut oil is often made from dried coconuts, which are often mold-contaminated and contain various mycotoxins. Even if coconut oil is derived from fresh coconuts, mycotoxins can still be present, depending on the quality of the raw supply source.

Naturally, I turned to Dr. Bruce Fife, the coconut oil guru. He actually says that “If old or sun-dried coconuts are used to make oil it will almost always contain mold.” But then he goes on to say that “The mold isn’t considered harmful because temperatures used in processing are high enough to essentially sterilize it.”

I have a HUGE problem with this statement.

You see, expeller-pressed and cold-pressed coconut oils can be heated to rather high temperatures during the extraction process (even up to 200F). But generally, they are not heated very long. This is important. Read on…

Common theory suggests that most mold spores can die at temperatures of 170 degrees. So even if you follow the general guidelines related to “killing” mold using heat, the temperature needs to stay at a constant 170 degrees for several hours. Even then, it is widely understood that there are some heat-resistant spores. So right there, you have an issue. Coconut oil is not heated long enough to actually “kill” mold spores and furthermore, not all mold spores will die.

Let’s take this a step further though. I have done a TON of research related to mold. The fact is that cold, freezing, and heat can deactivate mold spores but it does not kill them. Period. Mold will become inactive and lie dormant but they don’t die. They are also resistant to desiccation (drying out). So copra (dried coconut) is likely to harbor lots of mold spores.

See the issue here? I know, lots of misinformation and conflicting viewpoints.

The larger issue I see is the risk of mycotoxins in coconut oil. While mold itself is certainly a major concern, the mycotoxins are what can cause the biggest health issues. Mycotoxins are still a bit of a mystery and it remains unknown whether or not these can be removed from a mold contaminated surface or food product. Personally, I wouldn’t risk it. In my opinion coconut oil may be making you sick.

So what is a coconut lover to do?

Well first, I would NOT consume coconut oil or put coconut oil onto my skin unless said coconut oil was made from truly fresh coconuts. Coconut oil made from dried coconuts seems to be a much bigger risk, especially to those individuals who have already been exposed to a moldy, mycotoxin infested environment or who have mold illness. While coconut oil does have TONS of health benefits, if it is teaming with mycotoxins, you are only doing your body more harm by putting more mycotoxins into your system. You know, because coconut oil may be making you sick.

What about coconut oil that is made from fresh coconuts? Honestly, I am on the fence. Unless you are pressing the coconut oil yourself and can see that there is NO MOLD on or in the coconut, how do you really know that your coconut oil is mold spore and mycotoxin free? You don’t. If coconut oil may be making you sick why keep using it?

I use the highest quality, fresh pressed coconut oils on the market and as far as I can tell, I am not reacting to it. I should be, if it was indeed contaminated with mold and mycotoxins. I have done several pulse tests to determine if my body is rejecting coconut oil and they have all come back as non-reactive.

So my best advice for all of you? Choose your coconut oil wisely. Make sure that it is made from fresh coconuts and not copra (dried coconut). Watch yourself for any odd reactions to coconut oil (beyond what may be normal “die off.”) And most importantly, trust your gut. If you think coconut oil might be too risky, shelve it for a bit until you are in a better place health wise.

I will continue to use coconut oil but in smaller amounts. Should I begin to react, I will stop using it immediately. So what are your thoughts on this topic? Do you think coconut oil might be the enemy? 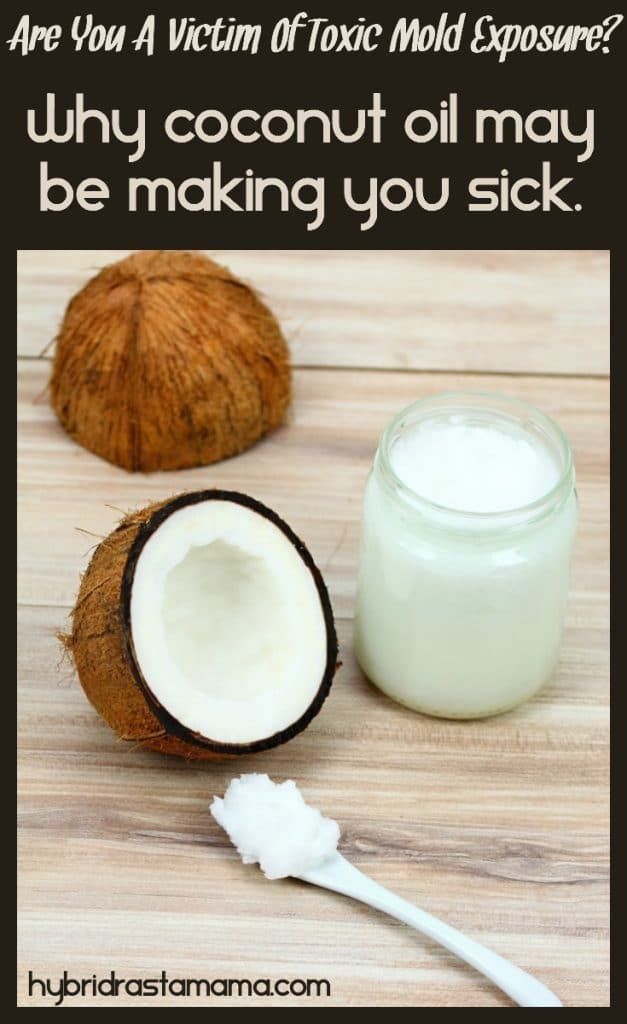